Recently, during a talk session, Ranbir was asked to reveal his wedding date. In reply to this, what the Brahmastra actor said has shocked everyone. He said, “Mujhe paagal kutte ne nahi kaata hain ki main media ko announce kardu date (No rabid dog has bit me that I would give out during a media interaction). But Alia and I have all the intentions of getting married soon, so yes, hopefully soon.”

However, as the news was surfacing that he will be marrying in April. To this, the actor denied and disclosed that not in April but the duo are planning to exchange the wedding vows soon. Fans all around the world can’t wait to see these two love birds get hitched with each other soon.

Meanwhile, speaking of the duo, Ranbir and Alia have known each other for years. They began dating in 2018 after they started working together on their forthcoming film ‘Brahmastra’. The two recently wrapped up the shoot of the film in Varanasi. It will commemorate the first time Alia and Ranbir will share screen space. 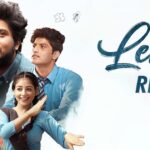 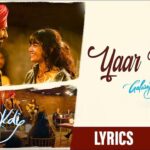