Punjabi song ‘Bhindrawale Ji’, which was released on the official Youtube channel of 62 West Studio almost a month ago, has been blocked from viewing on Youtube. The song was sung by Raavan and featured Punjabi singer Mukh Mantri. Mukh Mantri uploaded a post on his official instagram account to show dissentment on the deletion of his song.

The song, released almost a month ago, had garnered over 350k views on Youtube. According to Youtube, the complaint was filed by a government entity due to which the song was reviewed and eventually blocked from viewing by the audience.

62 West Studio received a letter in the form of an email from Youtube India on 30 July, 2021, informing them that a complaint was received by Youtube against their song from the government and now their song has been removed from Youtube.

Mukh Mantri shared a post in absolute disappointment. He mentioned that the song has been deleted due to mention of the word ‘Bhindrawale’. He questioned the freedom of the people living in the country. He went on to add that this is why artists are afraid to speak the ‘truth’ and when someone like them tries to do so, this is what they get as a reward.

He also commented on people who support other Punjabi artists and follow their directions to do a specific number of comments and views on their videos. He said that these people will not support him now but will comment under their favourite artist’s song. Mentioning Humanitarian and co-founder of Khalsa-Aid, Ravi Singh Khalsa, Mukh Mantri demanded support from him and everyone. 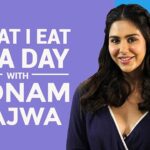 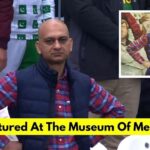