The NCB (Narcotics Control Bureau) nabbed a Bolivian lady from Mumbai airport, who was allegedly carrying black cocaine with her. Furthermore, a Nigerian from Goa, was also arrested, on the basis of the information the agency got from the Bolivian lady during the interrogation.

“We received reliable information that a South American national would be arriving in Mumbai through an aircraft after which she was apprehended. Twelve tightly packed packets were recovered from artificial cavities that were found after a thorough inspection of her suitcase. Moreover, when the packets were examined, a black-colour substance was discovered, ” said the Director of NCB Mumbai Zonal, Amit Ghawate.

Reportedly, India receives a significant amount of cocaine from South American nations where coca plants are grown. Typically, Mumbai serves as one of the entry locations from where it is transported to other regions of the nation, particularly to metropolises and Goa. Cocaine is very costly, and is mainly used by the top classes of the society, the rich and wealthy people.

What Is Black Cocaine?

As per the data, cocaine hydrochloride or ordinary cocaine base combined with numerous additional compounds is known as black cocaine (coca negra in Spanish). These additional elements are used to change its appearance, to interfere with the drug tests based on colours, and to make the mixture undetectable by the professional sniffing dogs.

Furthermore, like its name “black cocaine”, its colour is also black. It’s snuggled mostly as charcoal, metal moldings or toner. Reportedly, Augusto Pinochet, the Chilean dictator, during the mid-1980s, ordered his army to construct a hidden lab. Furthermore, the laboratory was built to make “black cocaine”. As per the information, the law enforcement agencies were not able to identify this drug.

According to the facts, Black cocaine was firat detected in Bogota, Colombia, in May 1998. Furthermore, a new kind of black cocaine was discovered by the police officials in Spain in the year 2008. Moreover, with time, people discovered various ways to smuggle cocaine, be it as charcoal, or even in the form of rubber like sheets. 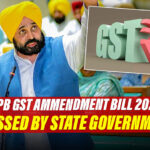 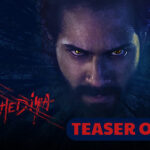