In this span of releasing music videos, Punjabi artists, Jordan Sandhu & Sweetaj Brar are not left behind and they latestly announced their next collaborated track, ‘Munda Sardaran Da’ by sharing an official poster on their instagram handles. It will be very thrilling to see this pair in a music video for the first time.

Sharing the poster of the track, Jordan mentioned that this is his most favourite track which will be before the audience really soon. He also captioned the post with a few romantic lines like, ‘Sukh ke Baabe De Panj Pataase, Jatt Patteya Pataase Warga ❤️’, which are probable to be the part of the song too. Within the poster Sweetaj can be seen resting her head on Jordan Sandhu’s shoulder and we have high hopes that the song is quite of the romantic genre.

Coming to other credits, Shree Brar who is a celebrated Punjabi artist and is known for his amazing works in Kisaan Anthems, is the lyricist of the song. He earlier penned down some big hits like Vail, Bhabi & 8 Rafflan by Mankirt Aulakh which were well applauded by the listeners. The music of the song is done by Flamme Music who also played his part in Kisaan Anthem 2. Video is done by the well known director, Bhindder Burj and the song will be released on the Youtube channel of Shree Brar.

Meanwhile, Sweetaj Brar’s recent release ‘Chandigarh Dropouts’ received good response as she made the audience relieved of his father Late Raj Brar’s memories. debut movie ‘Moosa Jatt’ was to be scheduled to release on 1st October, 2021 but due to the denial of censorship by Censor Board it has been kept on hold in India. Whereas, it got released overseas on the same date as scheduled. 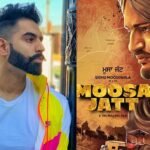 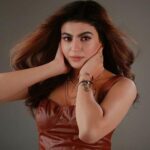