Comedian and Actor Kapil Sharma who has been winning everyone’s heart with his performance has no doubt become a household name today. With his ‘The Kapil Sharma Show’, he has become a part of everyone’s family. The popular comedian started his journey on television as a contestant on ‘The Great Indian Laughter Challenge’ and he hasn’t turned back since then. He has managed to gain mass popularity with his quick humour and charm on the small screen.

But do you know what and where he used to work when he started struggling? The comedian recently unveiled in an interview about his first job. He said when he completed his 10th class, he had a break for three months. So, he decided to work somewhere and then he got to know that in June and July all the migrant workers went back home so factories needed labour. He went to the printing mill and then started working there. His first salary was merely Rs 1500 and for two months he got Rs 2700. Sharma bought a music system, wall clock, tube light and some other household things.

After this he never stopped working. He also learned snooker and was good at it. So he got the work in one of the hotels and there he became a snooker instructor. So, to earn his pocket money during his study days, he used to do a lot of hard work. He even says that he enjoyed his work as he not only cares for earning but he never wants to spend his time solitary and loves to work everytime.

After this, he worked in Coca Cola Factory and phone booth too. So this is how he earned for himself and entered in the industry to mark his name. And ultimately Kapil proved that he is a self-made man who has built his career through sheer talent and hard work. The small town comedian has been an inspiration to many! 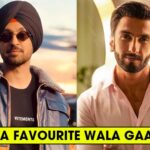 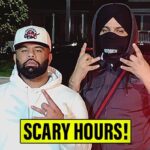