The Punjabi Community has still not got over Deep Sidhu’s sudden death. On 15 February, the actor passed away after his car collided with a truck. Ever since, there has been a mystery surrounding Deep Sidhu’s wife and daughter. Many celebrities who knew Deep personally, sent their condolences to Deep’s wife and daughter and people were left confused.

After the actor died, everyone was waiting for his wife and family to release their statements and know more about them. But Namrata kept the family private and avoided any major interaction with the media.

But recently, Deep Sidhu’s wife, Namrata Sidhu’ made her first-ever public appearance, hence washing away all the doubts. She visited Sri Darbar Sahib, Amritsar, along with her daughter. She also talked to the media for the first time ever. She thanked all the friends and family who supported them in the difficult times.

She stated, “We came for the darshan today here, and just to pray for Deep’s soul & blessings for my family, friends everyone who supported. Thank you so much.”

Afterwards in the video Namrata is then seen seeking blessing along with some women, where the Guruduara authority also honored her. The video is going viral and the people are sending condolences to Deep’s wife and daughter. 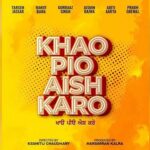 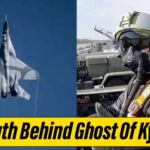