The assembly elections in Gujarat in are to be held in November-December this year, and the BJP has already started its election campaign with PM Modi’s visit just the day after the election results of UP, Uttarkhand, Punjab, Manipur and Goa were declared. On the other hand, after the AAP’s electoral entry in the civic polls in Gujarat, Delhi CM Arvind Kejriwal has been actively visiting the state.

Meanwhile, the grand old party’s strategy, cadre and even the state leadership looks tangled between PK’s next step, Naresh Patel’s joining and Hardik Patel’s statements. As per the media reports, Patel stalwart Naresh Patel has recently met Prashant Kishor, but nothing has been officially declared yet either about PK or Naresh Patel joining the Congress party.

Speculations are also rife that Prashant Kishor may even join the Congress party ahead of the crucial 2024 Lok Sabha elections.

Three meetings took place between national Congress leaders and Naresh Patel, who heads the Khodaldham Temple Trust. The Leuva Patel leader has considerable influence in his sub-sect in the politically significant Saurashtra region.

Nares Patel’s first meeting on Friday was with the national general secretary and a close Gandhi family aide K.C. Venugopal, before a separate meeting with Kishor. This was followed by another conference with Congress president Sonia Gandhi, Kishor and Venugopal. A final call would be taken once Rahul Gandhi returns from abroad around May 15.

After returning to Rajkot from Delhi, Naresh Patel, who had all along kept his cards close to his chest as to which party he would eventually join, told reporters at the Rajkot airport, “I had met Prasant Kishor. I will announce my decision by May 15.” That is when Rahul Gandhi returns from abroad and the Congress leadership would have one final meeting with Naresh Patel.

Meanwhile, the state leadership and ground cadre seems inactive and confused with the frequent news of PK and Naresh Patel’s joining but no official announcement or new development till date. 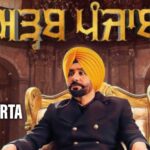 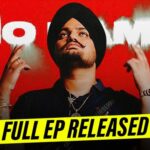