The meme actually originated from a Youtube short video, uploaded by a channel called ‘Trap Facts Hindi’. It has over 2,95,000 Subscribers on Youtube. The video has become the channel’s one of the most watched, with over 9.5 million views. The video is titled ‘NASA वाले हवा कर रहे है!’ It was uploaded on the channel about a month ago.

ALSO READ | The Most Trending Punjabi Memes Of 2021, That Made The Year Entertaining

In the video, the commentator explains how NASA launched an aircraft on 12 August, 2018. He adds that NASA told everyone that they wanted to touch the surface of the sun with the spacecraft, but the truth was something else. What follows will surely leave you in splits. He reasons that NASA launched the aircraft with a box and kept a cigarette in it, because they wanted to examine if Sun could ignite the cigarette!

The interesting fact is that NASA actually launched its Parker Solar Probe on 12 August, 2018, which was humanity’s first ever mission to the Sun’s atmosphere, but unfortunately, its mission was not to examine the Sun’s cigarette igniting abilities.

If you go through Trap Facts Hindi’s videos, you’ll realize that this is what he does. His content is focussed towards attracting the viewer by connecting funny, yet fake, scenarios to astronomical, historical, mysterious, intriguing and dark topics. The channel complements the funny commentary with even funnier visuals, which is another reason behind the virality of their content. 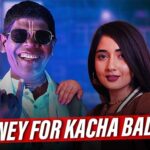 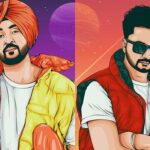