Noted Punjabi singer Navaan Sandhu is all set to come up with a new melody for his fans. A few weeks back, the artist made an announcement on his social media that he will be back soon with a new song. Finally, Navaan shared the first look of his upcoming track ‘Stand’.

Recently, taking to social media, Navaan shared the look poster which created a buzz. As soon as he posted the details about his new song, he received love reactions from his fans. In the look poster, you can see the star striking a pose to the camera along with a red swanky jacket. The look of the poster is vibrant and classy. The song will be released on 27 September on Navaan Sandhu’s official YouTube channel.

Here’s the look of ‘Stand’:

Further, Navaan shares a BTS picture from his upcoming song. In the picture, Navaan is sharing the screen with his dog.

Take a glimpse at his picture:

Meanwhile, talking about his last song, he amused his fans with his song ‘Haanji Haanji’ which garnered immense love from the audience. And now his fans are waiting and excited for the release date of ‘Stand’.

Navaan Sandhu is not only a great singer but also an amazing lyricist. He has penned many songs which received much love from the audience. His pop style music made him a heartthrob among music lovers everywhere. 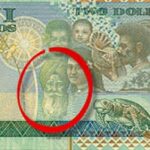 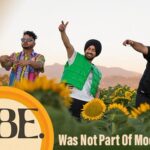