Renowned Bollywood actor Nawazuddin Siddiqui has come a long way in the film industry. From being a side actor in Munna Bhai MBBS to being the main lead in Gangs of Wasseypur, Nawazuddin Siddiqui’s career graph has been phenomenal.

He is one among the actors who always delivered the best, and undeniably he deserves the best too! The actor has always been making headlines for some positive deeds and hence again he did the same. After many years, Nawazuddin has finally got one of his dreams fulfilled.

The star has built a lavish bungalow that is nothing short of a palace. It took 3 long years for the house to be completed. Not only this, The actor has renovated the bungalow himself and turned himself into an interior designer to get the perfect look of the house just as he wants.

Nawazuddin named ‘Nawab’ to this beautiful dreamlike house. Nawab is his father’s name so he opted this name in remembrance of his father.

Meanwhile, on the work front, Nawazuddin has multiple projects in the pipeline. He is currently shooting for Kangana Ranaut’s production ‘Tiku Weds Sheru’.

Also, Nawaz will also be seen playing the antagonist in Tiger Shroff-starrer ‘Heropanti 2’. 2022 is going to be super exciting for him as he will be juggling between varied projects and films. 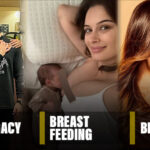 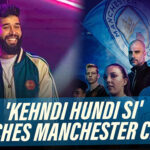