The NDA’s presidential candidate Draupadi Murmu has defeated the UPA candidate Yashwant Sinha with a huge margin. Now it’s clear that Draupadi Murmu will be the next President of India. As quoted by news agency ANI on its official Twitter handle:

After these tweets by the ANI, the news has spread across the media and the BJP leaders and spokespersons have started congratulating Draupadi Murmu on her victory in the presidential polls. Petroleum minister Dharmendra Pradhan also shared his thoughts while speaking to ANI. As per ANI’s tweet, Dharmendra Pradhan said:

“Nation is going to create history. The 15th President will be officially announced shortly. Nobody has any doubt in mind. Daughter of a tribal family coming from a very ordinary house in Odisha, Droupadi Murmu will be elected as the President.”

“Immense joy amid the deprived section of society, tribals, women &eastern India that for the first time the true meaning of democracy is coming to the fore. A leader from such a background will reach the nation’s highest post. It’s an achievement for democracy.”

Though, months before the elections, in terms of numbers, the BJP on its own was below 50% votes, while the opposition “unitedly” was above the 50% mark, but then various developments BJD and YSRCP extending their support to the NDA, split in Shivsena, the opposition MLAs’ cross voting, has led to an easy victory for the NDA’s presidential candidate Draupadi Murmu. Now Mrs. Draupadi Murmu will be the 15th President of India. 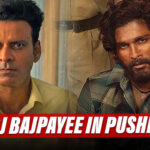 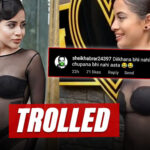