One of the talented Punjabi actresses Neeru Bajwa who has garnered a lot of love from the audience around the globe has recently spilled the beans on something great that happened with her. The actress unveiled that she was pregnant in real life during the shooting of Channo Kamli Yaar Di, starring Binnu Dhillon with her.

Shocked? We were too. The Pollywood queen once again proved that she is a queen for many reasons. While many artists transform their body shape completely to suit their role and get a realistic feel, Neeru Bajwa has gone a step forward and shot the film while she was eight months pregnant in reality.

A lot of women take a break during pregnancy and enjoy some rest, but Neeru on the other hand continued to enjoy life’s grind.  Also, her real-life pregnancy helped her in expressing her character in a much better way.

She also added that she didn’t want to be spare and was looking for some work. During that time she had the script of Channo so she decided to work on the film and asked her husband to produce it.

Hence, her smooth transition into any character and her unmatched dedication to work has fans’ hearts once again! 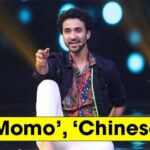 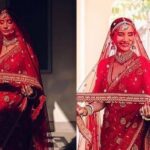