Former Bigg Boss contestants of the first ever OTT season of the show, Neha Bhasin and Raqesh Bapat are expected to reappear before the public in the latest season of Bigg Boss. Both of them were very close to the finale when they got eliminated from the OTT house. But now Neha and Raqesh fans have got another chance to hope for excellence in season 15 of BB.

Raqesh Bapat and Neha Bhasin, according to the rumors and reports, are expected to be the next wild card entries after the recent Rajiv Adatia who was the first confirmed wild card contestant in the show. Neha Bhasin was seen as a very impressive and strong contender in the OTT version and was in regular rumors because of her actions. She also caught everyone’s sight due to her closeness with Pratik Sehajpal inside the house. Whereas, Raqesh Bapat was also one of the strongest and even the closest one to Shamita Shetty.

Now if both of them back their presence inside BB 15, it will be equally controversial as earlier. Pratik and Neha will be reunited again and this time among the new house members & Raqesh with his rumored partner Shamita, at least this is what is expected. Earlier contestants including Donal Bisht, Aksahara Singh, Moose Jattana and Vidhi Pandya were expected to be wild card entries in the show. Neha & Raqesh will probably be the first ones among them who are rumored to get into the show and surprise the audience and the housemates with their entry.

No doubt, it will be fun to watch whoever comes as the wild card entry and if it is Neha Bhasin and Raqesh Bapat then it will be more fun and the OTT memories would be revived for sure. Let us now wait till their expected entry in BB 15. 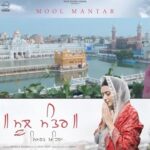