Punjabi cinema seems to be on roll. As many films which were announced and delayed will now see the light of the day. One among them is ‘Ni Main Sass Kutni’. It is one of the highly awaited movies. Marking the debut of Punjabi singer Mehtab Virk, the movie is touted to be a comedy drama.

And the reason why the movie today again came in talks is because the makers of the film have taken to his social media handle to share a unique and intriguing poster of the upcoming drama.

Like the title, the poster is also very fascinating which features Tanvi Nagi who is wearing boxing gloves. Further, Nirmal Rishi, Anita Devgan are seen scared. The poster also features Mehtab Virk, Gurpreet Ghuggi, Karamjit Anmol and other artists too.

The film was earlier set to release on 4 February 2022, but now the makers have postponed the date. ‘Ni Main Sass Kutni’ is slated to release on 22 April 2022.

Further, directed by Parveen Kumar, the movie is being bankrolled by Mohit Banwait, Ankush Gupta, Sachin Gupta. Nirmal Rishi will be seen playing the mother-in-law in the film, while Anita Devgan, Gurpreet Ghuggi and Karamjit Anmol will be seen in important roles. The movie is scheduled to hit the big screens on 22 April 2022.

The caption has surely raised the excitement bars among the audience which reads Get ready to see the fight between the daughter-in-law and her mother-in-law. The fans can’t wait to watch this family drama which would be related to their life. 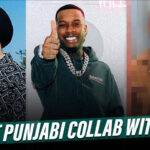