Ni Main Sass Kuttni has been the public talk since its announcement. After the title track of the movie, we’re finally here with the first insight into the plot of the film with the release of its official trailer. Starring Mehtab Virk, Tanvi Nagi, Gurpreet Ghuggi, Karamjit Anmol, Nirmal Rishi, Anita Devgan and more in important roles, the trailer hints us what to expect from the film.

Justifying the title of the film, ‘Ni Main Sass Kuttni’ is a ‘Nooh-Sass’ war passed into generations! With master comedians like Karamjit Anmol and Gurpreet Ghuggi on the screen, the trailer becomes much more exciting and reveals the humorous side of the film.

Galwakdi Review: The Movie Fails To Utilise The Amazing Starcast For Good

From the trailer, the viewer can easily understand the plot of the film. The plot is relatable, simple, plain, story of every household yet an issue that should be talked about. The social and emotional war between a daughter-in-law and her mother-in-law is not hidden from the society and the film tries to depict in the most sort-out way with heavy chunks of comedy to ensure ample amount of entertainment for the audience.

Anita Devgan, just as always, was stealing the limelight in the trailer. The trailer did not let the audience have too-much sneak peek into the lead pair, Mehtab Virk and Tanvi Nagi’s on-screen chemistry but we guess the filmmakers want you to go to theatres to watch that.

Though the trailer did not have any ‘turning-point’ or high point to make the audience curious, it was successful in conveying what the audience should expect from the film. The plot, being relatable to masses is, in turn, sure to attract masses to the theatres.

The film is going to be a lot of entertainment! The actors are all delivering brilliant performances in their so-far 2 minute 53 seconds screen presence and we hope the performance is carried forward to the film too. 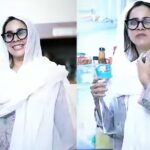 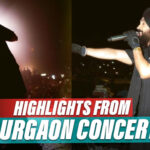