As the festival season approaches, the Punjabi industry is getting ready to make the best use of it. Veteran Indian Actor and producer, Mukesh Rishi is now gearing up for the first-ever Punjabi movie releasing under his own production banner. The movie titled ‘Nidarr’ will make history as it will be the first-ever Punjabi Movie to release in three different languages at the same time.

Nidarr will be released in Punjabi, Hindi and Telugu languages altogether. Mukesh Rishi will be producing the movie under his own production house ‘Geri Route Films’. The film stars Raghav Rishi and Kulnoor Brar in the lead roles, both of whom will be making their acting debut with the film ‘Nidarr’.

It will also be the first occasion when Mukesh Rishi and Raghav Rishi, the father-son duo will be working together in a film. The official poster of the upcoming film has been made public through an Instagram post. Mandeep Chaahal will be directing the film while Marukh Mirza Beig has written the story and the screenplay of the film.

Mukesh Rishi is a renowned face in the Bollywood Industry and has been a part of blockbuster super hits since 1993. He has achieved success primarily as a villain in the films and is regarded as one of the bests of his fields. Not only in Hindi, but the actor has also done many Telugu, Tamil, Bhojpuri, Kannada, Malayalam films. He has also been part of Punjabi movies like Jatt James Bond, Taur Mittran Di and more.

Nidarr is going to star Vindu Dara Singh, Shavinder Mahal, Mahavir Bhullar, Sardar Sohi, Deep Mandeep, Vikramjeet Virk and many more alongside the lead actors. The release date of the film hasn’t yet been revealed but it is expected that official announcements will be made soon by the team. 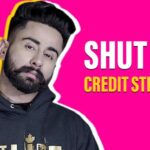 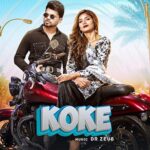