Nikki Tamboli, who made it to headlines and rose to fame due to her participation in Bigg Boss 14, has recently talked about the ongoing Bigg Boss OTT. And as we have already updated you with the ugly fights among the contestants which are currently participating in BB OTT, here we are with Nikki Tamboli’s take on them.

Recently Nikki Tamboli extended her support for Pratik Sehajpal, who is currently the most popular and talked about contestant of Bigg Boss OTT. He has been successful in grabbing the attention of BB fans with his looks, active participation in tasks and fights too. While there are various opinions about him on social media, Nikki Tamboli surely is in his favour.

The south Indian actress said that she doesn’t think Pratik is Badtameez at all. He surely fights, but that is the format of the show. But he never abuses anyone even when others use foul language with him.

A video of the same is going viral on social media, where she is seen talking about Pratik. And other than this, Nikki Tamboli also stated that she is very actively watching Bigg Boss OTT and feels it’s really interesting.

And we surely agree with her, because there is a lot from Bigg Boss OTT that is making headlines and is going viral on social media. With various hashtags trending on twitter also, Bigg Boss OTT is upto the mark of fans’s expectation. 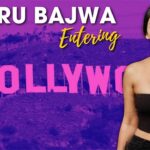 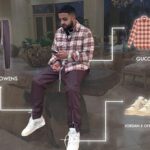