The year 2021 is proving to be magical for the Punjabi film industry. Every day a new movie is going on floor for shooting, an announcement is being made or upcoming projects and collaborations being announced. The list for Punjabi movies starting their shooting in the year just got bigger with “Je Jatt Vigad Geya”.

Je Jatt Vigad Geya stars Nimrat Khaira, Amberdeep Singh and Aditi Sharma in the lead roles. The information regarding the start of the movie’s shooting was given by the instagram page dedicated to news regarding Punjabi Industry, Pollywood team.

Notably, the pair, Amberdeep, and Nimrat have also worked together in the very anticipated “Jodi” movie besides Diljit Dosanjh. Though the pair, Nimrat, and Amber are on the different sides of the curtain in “Jodi” with Nimrat on the big screen and Amberdeep behind the curtains, the duo will be seen sharing the same screen in “Je Jatt Vigad Geya”.

The movie was announced through a poster on 1 June, 2019 and the poster had a secret line below the title of the movie. “Kisaan di kisaani nu jadon viyaaj naam da jung lag jaaye taan?”, which hints at the exploitation of farmers and farming through excessive interests and trapping them in a debt trap. Interestingly, the upcoming year, 2020, marked the revolution of farmers against the government’s three agricultural laws and Amberdeep was actively engrossed in the ongoing farmer’s protest. Would the movie highlight the farmer’s protest of 2020-2021 and bring farming issues as a theme?

The news only mentions the commencement of the movie’s shooting, hence, no information regarding the release date is yet known but the audience is on their toes waiting to see Amberdeep Singh, Nimrat Khaira and Aditi Sharma sharing the big screen. 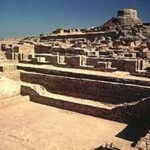 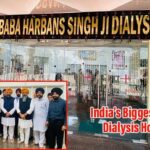