The public-favourite Nimrat Khaira is raising the curiosity of the fans by dropping the hints about her next coming projects one by one. Recently, we saw an instant release of her last released audio single, Jaan which got everyone’s hearts in a trice. She was also regularly updating her fans about her first ever album, ‘Nimmo‘ which is in process and might get released very soon. Now we have got another exciting piece of news as Nimrat Khaira and the renowned Pollywood director, Sukh Sanghera were spotted together and this might be a further collaboration of both the artists.

Sukh Sanghera updated the fans about his meet up with the singer Nimrat Khaira and Harwinder Sidhu in British Columbia, Canada. We even saw both the latter artists with music director Tru Skool and Arjan Dhillon too. This forced us to take the obvious clues of their collaboration for the upcoming debut album of Nimrat, Nimmo. These might be just some preparations for her album, we are sure there will be much more for us to witness in it.

The director posted a picture with the duo and captioned it as, ‘Nice to meet you after so long, Harwinder Sidhu & Nimrat Khaira’. It is probable that the meet up of the artists is for the shoot of Nimrat Khaira’s forthcoming songs, be it singles or the ones from the upcoming album. People witnessed Sukh and Nimrat’s amazing collaborative work in the formerly released video songs like, ‘Barobar Boli’, ‘Suit’ featuring Mankirt Aulakh, ‘Ajj Kal Ajj Kal’ and many more which gained a lot of views on YouTube and a much appreciated response.

It will be amazing to see both of them together after their last released song, ‘Sohne Sohne Suit’ in 2020. Fans are already excited and gearing up for ‘Nimmo’ as it will be Khaira’s debut album. Meanwhile, Amberdeep Singh, Aditi Dev Sharma and Nimrat Khaira starrer Je Jatt Vigad Geya has finally got a release date and is scheduled to release this year on 3rd of December in the cinemas.

Sukh Sanghera Once Again Collaborating With Sidhu Moosewala For An Upcoming Project. Details Inside 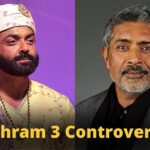 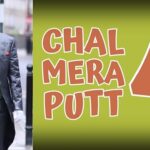