A song lyricist named Ninder Malakpur has claimed the responsibility of being the man behind deleting Elly Mangat’s album ‘Astaad G’ from youtube. The album, released 4 days ago, had garnered over 5 million views on Youtube, but the numbers were brought to a halt by Ninder Malakpur, who deleted the album using Copyright claim powers.

On opening Elly Mangat’s album on youtube, the message reads, “The video is no longer available due to a copyright claim by Jappandeep Singh.” Now, the man behind the claim has himself come forward.

Ninder Malakpur is a lyricist from Ludhiana, Punjab. He put up the copyright claim on Astaad G that resulted in the album getting deleted from youtube. Ninder has accused Elly Mangat of using his lyrics without his permission in one of Elly’s songs.

In track number 4, titled ‘Jinne Mere Naal De’, included lyrics of Ninder, which were copied and included in the album’s track, as alleged by Ninder himself. After Ninder uploaded a post on his instagram stating the reason behind the claim, the public instantly started demanding both the artists to settle grounds.

In the comment section, Ninder even replied to a comment that he had informed Elly Mangat about the lyrics being copied but his request was ignored and the song was still released without his permission, which forced Ninder to move the legal way. 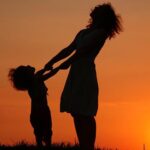 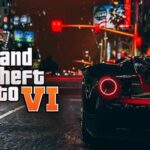