We call Punjab, the land of artists. Punjab has given amazing and acclaimed artists to the world and no one can argue against this fact. Be it acting, sing, writing or anything, we have seen Punjabis shine bright. And one such Punjabi artist who has earned international recognition is popular lyricist Nirmaan.

Nirmaan is the name behind various chartbuster Hindi and Punjabi songs. Talking about the list of his superhit Punjabi songs, it includes songs like Bachalo, Dil Tutda, Aadat and more. And on the other hand, he has also penned the lyrics for super hit Hindi songs like Hawa Banke, Naam, Jannat Ve and more.

But guess what? From now onwards, Nirmaan is no longer going to be known and addressed as a lyricist only. Yes, the man who has set high standards in the field of lyrics writing is now all set to make his debut as a singer as well.

Nirmaan took it to his Instagram account and announced his upcoming debut song ‘Shayar’ as a singer. With this, he has also launched his record label called One Step Music.

And we can really say that with all this, Nirmaan really has stepped one step ahead in his musical career. All his fans were waiting for him to try his hand at singing as well, and now this announcement has made all his fans excited. Also, the launch of his record label is another feather of achievement added to his hat.

While sharing the posters of his debut track and record label, Nirmaan also shared an emotional note which stated, ‘Taking one step forward from writing songs to singing & starting with my own record label @onestepmusic_ Been grateful for all the love i always received as a lyricist & now i need more love and blessings for my journey from behind the camera to front🤲🏻♥️

This could have not been possible without my backbone @umeshkarmawala’

For now, Nirmaan has not announced the release date of the track, but we have begun the countdown already.

Team Kiddaan wishes Nirmaan a heartiest Congratulations on his new journey as a singer, and we are supremely excited to listen to his debut song. 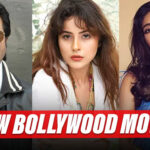 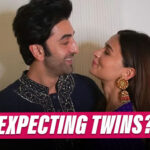