The Supreme Court, on Tuesday, ordered that no coercive action be taken against Nupur Sharma, the suspended BJP spokesman, in connection with the FIRs or complaints filed over her derogatory remarks on Prophet Mohammed during a television channel debate on May 26. The next hearing on her plea will take place on August 10.

Justices Surya Kant and JB Pardiwala’s division bench stated that they did not want Nupur Sharma to seek redress from a single court. On the basis of Sharma’s petition, the supreme court has sent notices to states like Delhi, West Bengal, and Maharashtra.

The SC took a harsh stance against Sharma earlier this month when she made remarks about the Prophet on television, claiming that she was solely to blame for the upheaval in the nation.

“We watched the discussion on how she was sparked. But it is terrible how she said all of this and then claimed to be a lawyer. She ought to apologise to the entire nation. She is solely to blame for what is taking place in the nation, a vacation bench of Justices Surya Kant and JB Pardiwala had previously ruled.

Sharma had on Monday filed a new appeal with the SC asking for the resurrection of her withdrawn request for the clubbing of FIRs filed in other states as well as a stay on arrests related to the nine FIRs filed against her. The states of Jammu and Kashmir, Assam, West Bengal, Karnataka, Delhi, Maharashtra, and Telangana have been requested to respond to her appeal. 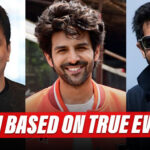