Sidhu Moosewala dropped the biggest surprise for his fans of the year so far. He released his debut EP ‘No Name’ just a day after its official announcement. The fans were expecting a single track but were not prepared for a 5-song EP.

The EP starts with Sidhu’s track with Sunny Malton’s feature in it, Never Fold. The music is produced by SOE. Both Sunny and Sidhu flow like anything to the beat. The song is a perfect opening to the EP and even gives the old Sidhu vibes. The hook however isn’t something that can be called addicting. Overall, it’s a good track!

The next track is ‘Love Sick’. This time Sidhu gets along with AR Paisley. We have already heard Sidhu and AR Paisley together in the older version of ‘G-Shit’. Both get along well together and the same was seen in Love Sick. The highlight of the song was Sidhu Moosewala himself. He was an absolute fire with his lyrics and versatility of flows but the fans said that they found similarities with Noor Jehan’s old classic, ‘Jadon Holi Jai Lena Mera Naa’. Mxrci music just made it better.

Everybody Hurts, Sidhu’s solo, is probably the best track out of the album. Sidhu Moosewala lets out his inner self and pens down his heart in the song. From suicidal thoughts to loneliness, it is the perfect example of the art called hip-hop. JB Singh’s music is also as beautiful as the lyrics.

The song is rather a short one but a total banger. It is a song that’ll be the perfect one for a car ride or your gym playlist, the beat really hits hard along with Sidhu’s lyrics. It is one of the two solo tracks from the EP. The highlight remains Mxrci’s music this time. He has done a wonderful job in the whole EP.

Another collaborative track of the EP. Sidhu and Capone get together for this one. Capone’s feature was one of the best in the whole EP. He has two verses in the song which he absolutely kills. The composition of the song gives it a unique touch. Sidhu’s vocals in the song are really hard, just like Snappy’s music. Snappy and Sidhu have always produced bangers and they did it again.

Overall, the EP did not disappoint at all! Sidhu Moosewala released it just a day after its announcement. The EP has everything, collaborations, lyrics, vocals, music! Mxrci deserves a special mention for his music in the EP, he’s done a commendable job. The EP was pure entertainment and music, without any shots at anybody or unwanted controversies, which makes it even better.

Listen to the EP here: 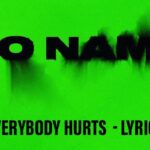 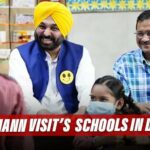