One of the most talented artists of the music industry Roach Killa never feels afraid of speaking his heart out. The singer who has collaborated with ace artists of punjabi music industry like Gippy Grewal, Garry Sandhu, Deep Jandu and many more recently took to his twitter handle and gave his opinion on how the audience gets fooled with the views on the song.

While sharing his perspectives, he wrote, “Nobody gives a fu*k about how many views someone has In 24 hrs.. either the song is good or its shit .. views don’t dictate the outcome of creativity. People stop being fooled. its OK  to just enjoy the music”

Netizens agreed to his point, as there are many underrated songs which don’t get views but are actually great. They are supporting his recent release ‘Tera Bhai’, in which he has collaborated with Bigg Boss contestant Asim Riaz. Take a look at netizens’ tweets here,

https://twitter.com/coolpawankumar/status/1484657945489158148?s=21
This is not the first time Roach Killa has advised his fans. Couple of months back, he schooled the audience to have forgotten to enjoy music, rather, the artist stated, they’re driven by views. Describing views as completely meaningless, the artist stated they aren’t a testimony for a song to be good or bad. 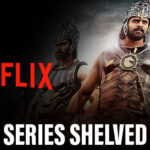 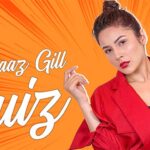