Shahrukh Khan’s son Aryan Khan is seemingly not interested in following in his father’s footsteps. Junior Khan is reportedly more fascinated by the world behind the camera. Reports suggest that Aryan has been developing multiple ideas, which have the potential of being developed into feature films and web series.

According to Pinkvilla reports, Aryan has already written a web series for Amazon Prime and a feature film that will be produced by Red Chillies Entertainment. If everything falls in place, Aryan’s debut as a screenwriter will get the go-ahead from the streaming giant this year.

Moreover, the scripts are currently in the development stage and only once they approve all the requirements of the streaming platform will they see the light of day. Also, it has been reported that Aryan is working on a script with Bilal Siddiqi as his co-writer and the story is about the life of a die-hard fan with some elements of thrill.

Aryan graduated from the University of Southern California. He has a Bachelor’s degree in Fine Arts, Cinematic Arts, Film and Television Production. And he is all set to put his education to work now.

Speaking of sister Suhana Khan, she seems to make her acting debut with the Zoya Akhtar directed web-series for Netflix, based on Archie Comics. 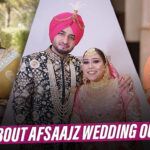 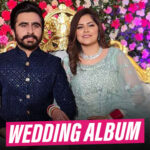