‘What is destined to you, comes to you’! It has been correctly said as what is meant to happen, will happen. ‘Qismat’ movie has a very beautiful song in it called ‘Fakira’ that is sung by Gurnam Bhullar. But are you aware of the fact that Gurnam was not the first choice for this song, from the movie starring Ammy Virk and Sargun Mehta.

Gurnam, during the time of making of Qismat, did not enter Pollywood as an actor. He only had superhit songs in his basket which made him come in the sight of everyone. Fakira is the only song that is sung by any singer out of the film’s initial musical team. Jagdeep Sidhu, the writer-director, wished that this song would be made in Atif Aslam’s voice.

Atif Aslam is the master at singing the slow-paced and sad songs & unquestionably we have to agree to this fact. His voice is something that anyone couldn’t be bored of listening to, keeping this in mind, director Jagdeep Sidhu decided to record Fakira in Atif’s voice.

But due to some reasons, date issues and hanging on, the alliance couldn’t happen and eventually the song went to Gurnam Bhullar.

If that song would have been in Atif Aslam’s voice, it would have been a great gain for the Punjabi audience. But as said, if it is destined then it comes to you & the song was to be sung by Gurnam.

No doubt, Gurnam Bhullar has done justice to the beautiful lyrics and music of Jaani and B Praak respectively, and the song came out to be one of the bests from the superhit movie. Fakira has more than 40 Million views on Youtube as of now and is one of the most loved songs from Qismat franchise. 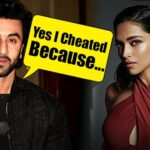 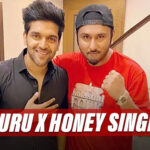