Director Omung Kumar, most-popular for his biographical drama Sarbjit has once again teamed up with the writer Raaj Shaandilyaa who entertained us with his film dream girl.  Now this duo is ready to bring another story to the world of an inspiring man who happens to be the world’s oldest marathon runner Fauja Singh.

Director Omung Kumar shared the news on his social media account where he penned:

“So here it is, our new venture Film – #FAUJA
A story I always felt proud of is finally going to be my directorial project.
Feels great to join hands with likeminded people to produce a film that shall bring to life… FAUJA, a marathon runner… The Greatest Human Story ever told on the BIG screen
Produced by @kunalshivdasani , @Writerraj and myself.
FAUJA
The Sikh Superman…
Coming soon in cinemas

Fauja Singh is a 108-year-old British marathon runner who is also known as Sikh Superman. He has broken several world records in multiple age brackets. His current personal best time for the London Marathon (2003) is 6 hours 2 minutes.

Vipul Mehta is penning the script of the sports drama film.

Also Read: US Vice President Kamala Harris Paid Tribute To Her Mother And Women Who Influenced Her Life 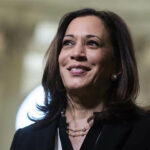 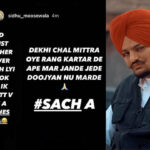