Ammy Virk and team is back with a new delight towards the end of this festive season. A new punjabi rib tickling comedy drama film ‘Oye Makhna’ hits the cinema on November 4th. Oye Makhna stars Ammy Virk, Guggu Gill and Tania in pivotal roles. After reading the names of your favorite stars, if you are planning to watch this movie, then before that you must read this Oye Makhna movie review that we have penned only for you.

Oye Makhna’s trailer was loved by the fans and created a hype since the day it dropped. And this hype is justified as the magical duo of Punjabi cinema, Ammy Virk and Tania are coming together one more time. Well, while we are busy praising these two, you guys read our ‘Oye Makhna movie review’ to know about what these two have to offer you with their latest release.

Let’s begin our Oye Makhna movie review with the story of the movie that revolves around a young age guy, Makhan (Ammy Virk), who shares a special bond with his Uncle Shinda (Guggu Gill). Makhan is very close to his uncle even more than his father. Both roam everywhere together and make major life decisions together. Once, Makhan saw a girl (Tania) in his car’s rear mirror and fell in love with her. Makhan thinks that the girl he saw in the car’s mirror lives in his neighborhood, so he sends his uncle to her home to fix their marriage. Everything goes right, Makhan’s marriage gets fixed with the neighborhood girl but then comes the twist as Rimple (Tania) is not the girl with whom Makhan’s marriage was fixed. Amid the chaos and confusion, Makhan convinces his uncle to call off the marriage with Guddi (Sidhika Sharma). Drama creates, some emotional rides ensues and whatever happens next concludes the whole story.

Movie’s screenplay is good. The conversational scenes between Ammy and Guggu were absolute delight. The emotional scenes towards the end were too good. However, at times we felt the makers lacked at making the film’s screenplay more tight. There were many scenes that were just increasing the length of the movie and could have been trimmed. But overall, if we left a few scenes apart then the screenplay was very engaging.

Continuing thie Oye Makhna movie review, we’ll now talk about the performances. Beginning with the lead actor Ammy Virk, he has done a terrific job once again. We have already seen him doing films of almost every genre. His comic timing is outstanding and we loved it. His charm while portraying a ‘man in love‘ is uff!! Too good. Ammy has once delivered a delight for his fans.

Let’s talk about the veteran legend Guggu Gill now. We have seen Guggu Gill in strong and powerful roles in the past and to see him in a comic avatar was a unique experience. His performance is one of the best things about this movie. You can’t focus on any other character while he appears on screen.

Tania’s character we felt had very little to offer but she looked beautiful and played her role beautifully and we think that was enough to mesmerize her fans.

Sidhikha Sharma has also played her role gracefully and we enjoyed it thoroughly. Other supporting actors were also good in their respective roles.

Oye Makhna is helmed by Simerjit Singh who has directed amazing projects like Angrej, Muklawa, Nikka Zaildar and more. Simerjit Singh has done well on his part. He managed the cast well. But we felt there was some looseness in direction as there were some scenes that could have been trimmed and midway the film, the pace slowed down unnecessarily.

Even though the songs of Oye Makhna were not a huge hit before its release. But each song is very beautiful and compliments the storyline well. Chum Chum Rakheya by B Praak is more than just outstanding. This song is literally the best thing about this movie. We loved it.

Overall, we can conclude this Oye Makhna movie review with our final words for the movie. Oye Makhna is a good family drama. It will make you laugh and make your eyes wet too. This movie has a special message towards the end that recites to us ‘what our parents do for us?’. If we don’t count some of the flaws then we loved the movie and that’s why Team Kiddaan rates Oye Makhna 4 stars out of 5.

So, now if you’re looking for entertainment as the festive season is almost finished, book your tickets and watch Oye Makhna with your family and friends. 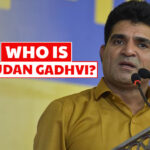 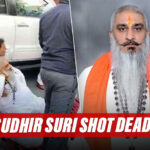