Ammy Virk is here again, with the brand new trailer of his upcoming Punjabi movie with Tania and Guggu Gill in the lead roles. ‘Oye Makhna’ will feature Ammy and Tania together for the third time as the lead pair in a movie. Moreover, veteran actor Guggu Gill will be seen sharing a good screen space with Ammy Virk this time.

Oye Makhna’s trailer starts with Ammy Virk’s uncle, played by Guggu Gill, finding a girl for Ammy’s character to marry and this is the entire theme of the trailer. Later the actor meets Tania’s character and develops feelings for her. The other main point of the trailer is the rivalry between Guggu Gill and Hardeep Gill’s family which makes it more exciting to watch.

Also Read: THIS Bollywood Actress To Star Opposite Mahesh Babu In SS Rajamouli’s Next?

The rivalry between both the families can be one of the reasons for you to watch this film. Guggu Gill in Oye Makhna’s trailer has won people’s hearts as he is seen in a different role where we can see him taking hilarious digs at other characters in movies and we are already finding him funny.

Apart from that Ammy Virk and Tania’s fun chemistry will be another point for all the viewers to watch Oye Makhna. As far as the trailer depicts, we would see some shuffling between the love angle of Ammy’s character.

However, we expected something extraordinary from Ammy Virk this time as the trailer made us feel like we have witnessed this kind of family drama already in the Pollywood. But stil it will be exciting to see how this new star cast supports the story and makes it different and fresh.

Also we believe the film’s makers might have kept the best still under the wraps so that we can enjoy the best of this film in theaters. The fans are actually loving the trailer of Oye Makhna and have high expectations from the Ammy-Tania romance. This beautiful on-screen pair is already a hit as we have seen them together in amazing movies like Sufna and Bajre Da Sitta.

Also Read: Yo Yo Honey Singh Confesses Being In Love Again! Netizens Found His Lady Love On The Internet

Now coming to the credits of Oye Makhna, apart from Ammy Virk and Tania in the leading roles, Oye Makhna will also feature Guggu Gill and Sidhika Sharma in pivotal roles. The film is directed by Simerjit Singh and its story is written by Rakesh Dhawan who has also penned stories of superhit movies like Honsla Rakh, Chal Mera Putt, Aaja Mexico Challiye, and more.

The film was earlier scheduled to hit the silver screens on 9 September 2022. But now the film has been pushed to 4 November. 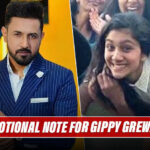 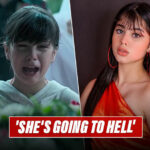