Ranjit Bawa who has been entertaining his fans with one after another singles amid the lockdown has taken to his social media handle to share about his next project. However, this time, he hasn’t announced his next song, but his next movie.

A huge news for Ranjit Bawa’s fans, today Punjabi singer-actor Ranjit Bawa seems to be on a roll. As he announced one of his upcoming movies ‘Parahuna 2’, which is directed by Ksshitij Chaudhary and written by Dheeraj Kedarnath Rattan. The movie stars Ranjit Bawa and Aditi Sharma in the lead. The rest of the cast members are Gurpreet Ghuggi, Prabh Grewal, Malkeet Rauni, Amanat Chan.

Under the banner of Dara Films Entertainment & Banwait Films.

What is announced is that the movie will be going on the floors in 2022. Check Out the poster of the movie ‘Parahuna 2’

About his upcoming projects, he has a couple of other projects in his kitty. He  announced ‘Akal De Anne’, ‘Daddy Cool Munde Fool 2’, ‘Baraati Furrr’, ‘Kaali Kachchiyan Wale’ and ‘Khao Piyo Aish Karo’ in the pipeline. Updates on the release dates of all are awaited, as owing to the Covid crises, nothing has been set in concrete yet. So get ready to watch some exciting and unique movies of Ranjit Bawa. Waiting for his movies to be released. 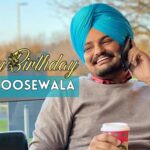 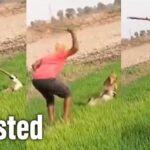