The Punjabi cinema fans have a news to cheer them up. The Rocky Mental of the industry, Parmish Verma might soon be coming with the sequel to his movie Rocky Mental.

Rocky Mental, released in 2017, marked the debut of Parmish Verma as a lead actor in the Punjabi industry and through a post on his official instagram handle, the artist hinted that Rocky Mental is making a comeback soon. Take a look at the post :

Sharing a clip from his debut movie, the actor wrote in the caption ‘Mental Returns’. Even at the end of the movie Rocky Mental, the makers had already made it clear that the film, Mental, will return with the title ‘Mental Returns’. Previously too updates have been received that Parmish and his team were working on the script of Mental Returns.

While chances are high that the movie is a sequel to Rocky Mental but we cannot be sure if Parmish is talking about the sequel to the movie Rocky Mental, but one thing is for sure that the actor is coming up with a movie and it’s a huge news for the industry.

The movie was initially planned to be released in 2019, but Parmish got indulged in other movies like Singham and Dil Diyan Gallan, due to which it couldn’t be released as per the plans. It will be the fifth film of Parmish Verma’s acting career and the first after Jinde Meriye, released in 2020. 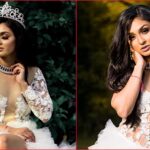 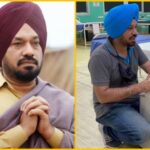