Mandira Bedi has been in the spotlight ever since after the demise of her husband and filmmaker Raj Kaushal. But things weren’t doing fine for Mandira, as on one hand she lost her husband and on the other hand people were trolling her. It was known to all that Mandira Bedi performed the final rituals of her husband, but who knew that the public was going to mock her for the same. But this was also not enough, as people also trolled her for wearing jeans during the same.

Many popular celebrities are coming forward to stand by Mandira to slam the trolls. Punjabi actor, singer and director Parmish Verma also shared an Instagram story to support Mandira. In the note, Parmish wrote,

“It’s saddening to see people Hating and Trolling Mandira bedi for Doing the final rituals of her husband. If you can’t show empathy for someone who lost their life partner atleast Don’t disrespect them in such crucial time.’

“Who are you to dictate someone’s personal affair. How does it matter if the wife or the daughter does the final ritual. If its “responsibility” or “respect” then No one has a bigger responsibility than the Wife or the Elder Daughter when the Man is Gone.”

The debate is still on and people are sharing various views and comments on the same. But it is surely very heartless and rude to comment something like this on someone who’s lost a closed one. 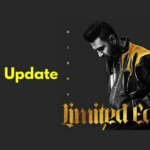