Punjabi singer Parmish Verma and Politician Geet Grewal tied the wedding knot on 19 October, 2021. But the duo has to face some obligations before starting their new journey. As the couple stated in some news portals that they are keeping their celebrations as low-key events only with close friends and family around, they will surely share some pictures from their special days as a treat for their followers on social media.

But they featured a full-on Ferris wheel and a concert-worthy sound system that blew up bhangra beats that could be heard as far as 15 blocks away, past 2 a.m. Not only this but a chopper was also heard flying overhead after the music died down.

Moreover, Surrey RCMP say that on Tuesday night, they were flooded with noise complaints after more than 50 residents called about a large wedding celebration in the 7700 block of 192 Street.

According to a written statement from the Surrey bylaw department, after the offices received multiple noises and traffic complaints from neighbours, they issued 15 parking tickets and towed many vehicles. The statement reads, “Bylaw officers advised the organizer of the wedding to stop and desist their activities due to noise and traffic issues impacting the neighbourhood.”

Also, the officers visited the event again as multiple illegal tents were set up at the back of the property, including a Ferris wheel. The city said bylaw officers will be issuing fines for zoning and building infractions and the RCMP are also involved. 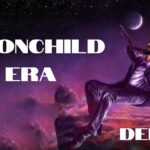 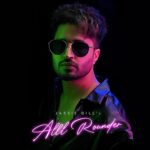