At least four people were injured in stone-pelting after during the clashes in Patiala on Friday.
Sacked Harish Singla, the now-expelled Shiv Sena (Bal Thackeray) leader, who was arrested for leading the anti-Khalistan protest in Patiala has been sent to two-day police custody. Singla was expelled as Shiv Sena’s Punjab working president after the Patiala violence.

“The FIRs have been lodged, raids are underway. We appeal to the public to maintain peace, one person has been arrested in the case”.

Though, after the clashes, Shiv Sena expelled Harish Singla and claimed that the party was not associated with the protest. As per the official order issued by Shiv Sena President Uddhav Thackeray, Shiv Sena youth president Aaditya Thackery and party’s Secretary Anil Desai, “party leader Harisha Singla has been sacked for anti-party activities”.

Taking a rapid action, CM Bhagwant Mann has transferred three senior police officials and the internet was suspended till 6 PM today, which was later changed to 4 PM when the situation was found to be under control.

Now, the expelled Shivsena leader Harish Singla has been sent to a 2-day police custody. CM Mann has already said that the situation is under control now and the peace has been restored. 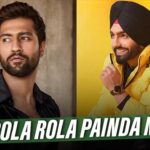