Two groups clashed during an anti-Khalistan protest march in near the Kali temple in Patiala today, due to which the situation there is tensed. The police fired in the air to disperse the crowd. As per the media reports, two people have been injured in the incident.

The Patiala Police has said that it was in talks with the local unit chief of Shiv Sena, one of the two groups involved in clashes.

The clashes broke out between two groups near Kali Devi Mandir in Punjab’s Patiala. The visuals shared by ANI show intense sloganeering and scuffle between the two groups.

The police personnel were seen trying to maintain calm in the premises.

“Seeing the problem of law and order here, police have been deployed. We are speaking with Shiv Sena (one of the groups) local unit chief Harish Singla as they don’t have any permission for the march,” a senior police official told ANI.

Meanwhile, chief minister Bhagwant Mann has said that the entire incident is highly unfortunate, and the state government is closely monitoring the situation.

“The incident of clashes in Patiala are deeply unfortunate. I spoke with the DGP, peace has been restored in the area. We are closely monitoring the situation and will not let anyone create disturbance in the State. Punjab’s peace and harmony is of utmost importance”.

As per the news report of India Today, under the supervision of Punjab Shiv Sena working president Harish Singla, Sena members were carrying out a protest against Khalistani groups in Patiala. 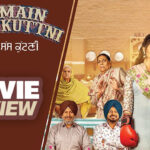