Bigg Boss 2 fame actress Payal Rohatgi has been in news nowadays for spreading hate comments and content on social media platforms like Twitter and Instagram. Recently she was slammed for making fun of Punjabi celebrity Diljit Dosanjh in one of her Instagram IGTV Video.

And now she is again creating buzz in the town as the YouTube Channel of her husband Sangram Singh has been deleted by YouTube stating the content on the channel was violating the community guidelines again and again.

On her recent Instagram posts, she gave the details of what actually happened and stated that she and her husband will be filing an official complaint against her team members and YouTube India. She also wrote that YouTube provided them with no reasons to delete the channel of Sangram Singh.

She was continuously spreading hatred against the Farmers Protest through her social Media accounts. She even called the protesting farmers Khalistani and slammed the celebrities for supporting them.

Also Read: Gurpreet Grewal Comes In The Support Of Farmer 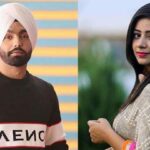 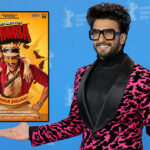