Arjan Dhillon is one of the growing singers of the Punjabi music industry. Though, the singer started his journey as a lyricist where he penned lyrics of the song ‘Suit’ for Nimrat Khaira’s which was released in 2018. After that, he tried his hands in singing and ever since then there is no looking back for the singer.

The singer has always mesmerized his fans from his melodies, and now again his fans are very excited.

The singer took to his Instagram handle to share the first look poster of the song which is quite amazing. The title of his upcoming song is ‘Pehli Peshi’ which will be released soon on July 5th under the label of Brown Studios. The poster also revealed some more details about the song, as Arjan has penned down, composed and sung the song himself, J Statik has given the music and Sanvi Dhiman will be featuring in the video.

Take a glance at the poster below:

The fans are really enthusiastic and expressing their zeal in the comment section of Arjan Dhillon’s recent Instagram post. His recent songs Gutt and Jaagde Raho had impressed the audience well. Now, Let’s wait for ‘Pehli Peshi’ as the countdown has already started. 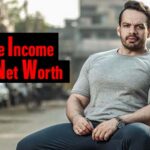 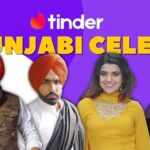