Punajbi artist Gippy Grewal made his way in the Punjabi entertainment world as a singer, and then gradually he turned into an actor. It was 16 July 2010, when he appeared on the big screen for the first time with his movie ‘Mel Karade Rabba’. Though the actor played a negative role in the film, he made sure to leave a mark with his performance.

Indeed, we can’t doubt his performance, along with his vocals, he has won everyone’s heart with his acting skills too.  Recently, Gippy revealed how he felt when he was assigned the first movie. To this, the singer turned actor revealed that he felt grateful and lucky that he will be working opposite Neeru Bajwa and Jimmy Shergill who were considered as proficient artists during that time.

ALSO READ | Gippy Grewal Is The Big Bull! This Daaka X Scam 1992 Edit Will Make You Believe It

Gippy was obliged that he got this opportunity. He didn’t think about his character, the script, but all he thought about was that he will be working with Neeru and Jimmy.

Not only this, people came to him and told him that he will not be appearing much on screen but again Gippy had made up his mind about doing his first project with Neeru and Jimmy. According to him, he thought this project would change his life in a positive way, which became true as after ‘Mel Karade Rabba’ there’s no looking back for the actor. Now apart from appearing in the film, he also writes as well as produces films. 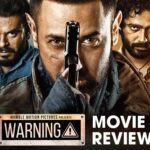 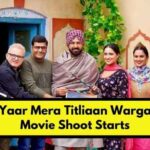