Honsla Rakh’s hype is pacing up day by day as the release is near and people are double excited to watch this movie as Diljit Dosanjh is releasing a punjabi movie after a long span of time and Shehnaaz Gill will be watched out for her amazing performance as she is debuting in the film as a lead character.

Starcast of ‘Honsla Rakh’ is constantly seen promoting the film and in one of the interactions Diljit Dosanjh opened up about Shehnaaz Gill’s character and work in the film. Diljit praised her co-star Shehnaaz and said that the people who have seen her in the Punjabi films previously, where she played supporting roles, and now after the Bigg Boss, you will get to note a drastic change in her.

Diljit Dosanjh Talks About How Difficult It Was To Handle A Baby On Sets, Takes A Dig At Shehnaaz Gill

He also added that Shehnaaz will be seen doing comedy as well as some emotional and serious scenes too which is definitely opposite of what she is as a person. She has many different shades and layers in regard to this character in the film. “When we, as a team, used to talk about Shehnaaz in the film, the first thought that came to mind was, Will she be able to do this? As she is a totally different personality in real life. She is bubbly and fun loving. But when we saw her performing, we noticed a deep and emotional layer of Shehnaaz too”, added Diljit.

Further he added, “I feel, Shehnaaz has done a brilliant job in the movie. People who have watched her performing earlier in the movies, will be surprised to see her in Honsla Rakh”. The team was also seen cheering up Shehnaaz Gill for the future projects.

Honsla Rakh stars Diljit Dosanjh, Sonam Bajwa, Shehnaaz Gill and Shinda Grewal in the lead roles and the movie will be out in theaters on 15th of October, this Dussehra. 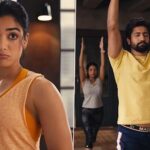 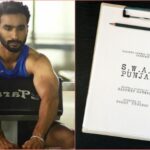