Is there anything that can make the cinema fans happier than the announcement of the release date of their awaited movie or project? No, and today we are surely going to make the day count for the Gippy Grewal and Neeru Bajwa fans, because the duo has finally revealed the release date of their awaited movie ‘Phatte Dinde Chakk Punjabi’. The movie will hit the theatres on 11th February, 2022.

Gippy Grewal took it to his Instagram account, where he shared the poster of the movie, and shared the news with his fans.

Earlier the movie was scheduled to hit the theatres on 16th July, but due to the obvious rise in COVID-19, the makers postponed it’s release.

Apart from Gippy Grewal and Neeru Bajwa opposite each other as the leading characters, the movie will also feature Annu Kapoor, Rana Ranvir, Ahmed Ali Butt, Naseem Vicky and Qaiser Piya in the supporting roles. The film is directed by Maneesh Bhatt, and produced by Gippy Grewal, Ashu Munish Sahni and Aniket Kawade.

But we cannot deny the fact that the on-screen pair of Gippy Grewal and Neeru Bajwa is what’s making the fans most excited. Apart from the movie, the pair will also be seen together in movies like Paani Ch Madhaani and Shava Ni Girdhari Lal.

Our excitement levels are no lower than cloud nine, and we are sure this announcement will make all the Gippy-Neeru fans go crazy. 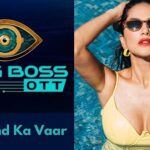