Amidst the rumors and news spread all over the media about renowned political strategist Prashant Kishor joining the Congress party, today at 11 AM, PK reached 10 Janpath to meet Congress president Sonia Gandhi and the other senior leaders.

As per the media reports, the crucial discussion of Congress national leadership with Prashant Kishor, continued for almost 4 hours till 3 PM when PK was spotted leaving from 10 Janpath in his own vehicle.

As per the internal sources of the Congress party, Prashant Kishor gave an important digital presentation to Congress national president Sonia Gandhi and the other senior leaders, on a roadmap to strengthen the party all over the country. According to the sources, PK has suggested that the Congress party should contest on only 370 Loksabha constituencies and leave the other seats for its allies and other parties with a stronghold in those particular seats.

According to a news report of Dainik Bhaskar, senior Congress leader KC Venugopal has said:

“Prashant Kishor has given a presentation on the matter of the upcoming Loksabha Elections in 2024. The Congress president has decided to form a committee on the same”.

Though, PK has already made it clear that he will be taking a major decision about his political future on May 2. With Prashant Kishor meeting the  Congress president and other senior leaders, the political temperature in the national capital has risen up. 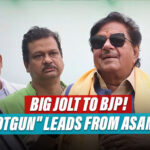 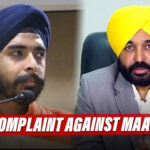