Online gaming has boomed all over the world, and especially in India. According to a survey by KPMG, the iGaming space is expected to grow even more so in the coming years.

During 2020 and 2021, online gamers went up by an incredible 13%. It’s estimated that the value of the industry in the country is expected to reach an astonishing Rs.290 billion during 2025; a leap from R.s136 billion in 2021. But what are the reasons for the upsurge in iGaming in India? And what are the top popular card games that people in the country like to play online?

Read on to find out more.

Making sense of the boom

There are a few reasons why the Indian audience has become such big fans of iGaming over the past few years. One of the biggest reasons has to be digitization, which has been fuelled by the expansion of digital infrastructure across India, as well as upgrades that have happened to services.

Another is a growing younger audience with more spending power and the reduction in the cost of smartphones and internet data. With more people having access to the internet via their smartphones, the igaming space has boomed; more people than ever across the globe are choosing to forgo PCs and desktops to play their favourite games on their smartphone devices.

The most popular igaming card games

Card games in an online format are some of the most popular games to play across the subcontinent of India. Below, we’ve listed the top ones that people in India love to play.

A game that’s become increasingly popular around the world – including India – is poker. This is due, in large part, to poker become televised and becoming a form of entertainment for many. Those who see the professionals play want to take part too and learn the game.

Texas Hold’em has become one of the most known versions of the game and has definitely taken ‘hold’ with new audiences and players in India. It’s definitely a fan favourite and it’s likely it will continue to grow as one of the top card games to play around the world as more people get into iGaming and enjoying the classic casino games like poker, blackjack and slots. Other variations of poker are likely to follow suit.

Satte Pe Satta is played with a traditional deck of 52 cards with between 3 and 8 players. It’s become so popular that a Bollywood film featured the game as it’s name — a 1982 action comedy that’s due to get a remake soon.

This simple card game which is believed to have originated in southern India has since spread across the subcontinent. Players can bet on Andar or Bahar using a standard 52 card deck.

This game is an easy one to play and is enjoyed by players both with friends or at land-based and online casinos and many people play it on smart devices.

Donkey is a fast-paced card game that’s loved by players of all ages. Played using a standard deck of playing cards, the object is to match 4 of a kind and not end up being the player that’s left without an object. While the game is known to be popular with children, it’s also gained a big audience at online casinos, as it’s so easy to play and doesn’t require a lot of learning time or strategy.

This game is mainly played in India, specifically in the Western states of Gujarat and Maharashtra. Played by four players in two different teams, like many of the other top card games on this list it uses a 52 card pack.

This card game originated in the Indian subcontinent and has become increasingly popular throughout South Asia. This game has some influences from poker and is a three card game (the meaning of teen patti).

Teen Patti has grown in its popularity both in online and offline casinos in large part because of its connection to religious festivals and social gatherings. Teen Patti is frequently played during Diwali during big gatherings and has since become popular throughout the year.

But it’s even more recent rise has been a byproduct of the digitisation of the game which has attracted players of all ages. 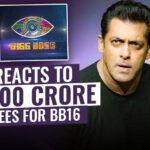 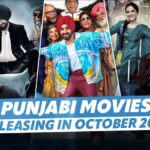