Public Broadcasting Service (PBS) animated education television series for children ages 4 to 8, Arthur is back with a new season. It is made by Kathy Waugh for PBS, and produced by WGBH. The show is set in the fictional American city of Elwood City, and revolves around the lives of 8-year-old Arthur, and his friends and family, and their daily interactions with each other.

But the cherry on the cake is, it is also the portrayal of a turban-wearing Sikh character. He even has his own beautiful golden kara. Now, the new Sikh character has joined the team of Arthur and his friends in elementary school. People cannot stop sharing appreciative comments for the detailed portrayal. As it is the representation that has left Sikhs across the globe feeling proud and excited. The new season of ‘Arthur first day ‘will premiere on September 6.

In case you haven’t watched the trailer, take a look:

This is not the first time, Sikh character  is portrayed but before also it was included in a Disney Pixar movie. The movie titled ‘Turning Red’ includes an animated Sikh character wearing a Kara and a Turban. 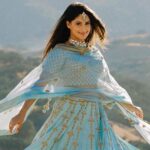 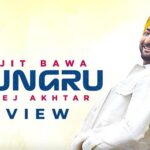