Posti has finally hit the theatres. Produced by Gippy Grewal, the film has been directed by Rana Ranbir. The film mainly revolves around the issue of drug addiction existing in Punjab. If you’ve been planning to watch the movie in theatres, here is our Posti movie review to help you out!

Posti movie review will give you an insight of the film, without much spoilers. It stars Babbal Rai, Prince Kanwaljit, Rana Ranbir, Surilie Gautam, Vadda Grewal, Raghbir Boli and many others in key roles. Here is a description of what the movie nailed and where it failed!

The story is the soul of any cinematic experience and it is a pity to say that ‘Posti’ seemed to lack it. There are just too many open ends. There are a lot of characters in the film, each having their own story, with no conclusive end to it. The main story revolves around ‘Keeda’ played by Prince Kanwaljit. Posti movie review will help you to get an insight of the story without any spoilers.

Keeda is a diamond from the heart, spoiled by drug addiction. The movie follows his drug addiction, his friendship, the purity of his heart, his honesty and his death. The story of Keeda aims at spreading awareness among the audience regarding a serious issue of Punjab – drug addiction. How drug addiction, unemployment, lack of proper education system turns a brilliant child into a drug addict. However, it is not something we’ve never seen before. There have been plenty of movies made on Punjab’s issue of drugs and unfortunately, Posti is not the best attempt at it.

The story also follows the romantic adventure of Jeeta, played by Babbal Rai and Jeevan, played by Surilie Gautam. How the lovebirds have to fight against their family to finally be together. Again, not something we’ve never seen and again, not the best attempt at it.

Overall, the story wasn’t the strongest point of Posti. It was based around a common yet interesting subject. Especially, when a story aims at spreading a message among masses, it becomes important to understand how lasting an effect it has on the audience and the society and sadly, Posti could not do it.

This is where Posti takes the crown. Prince Kanwaljit is without a doubt one of the finest actors the Punjabi Film Industry has ever seen! Posti was all about him, and he completely nailed it with his performance. There are scenes where Prince Kanwaljit forces you to shed a tear even in a not-so-relatable story. Posti Movie Review presents a careful analysis of the actor’s performances.

Vadda Grewal was too phenomenal in the movie! He plays as the best friend, and a drug addict, of Keeda. Most of his role is that of a comedian and he never fails to make the audience laugh whenever he’s on the screen. He put up an unexpectedly great performance in Posti.

Babbal Rai plays a Phd graduate in Punjabi, yet an unemployed man in the movie. He is a genius mind, failed by the government and Punjab’s problem of unemployment. He is also deeply in love with Jeevan, Surilie Gautam’s character. The problem with Babbal Rai’s character was that the storyline made it impossible to understand what he really wanted to convey. Was he all about love? Was he an ambitious man, wanting to bring a change in society? Babbal Rai put up a good performance but his character could have been written better.

Rana Ranbir, Prince Kanwaljit will have to share his crown! Rana Ranbir’s performance as a drug addict monster was played perfectly. He is the ugliest face of drug addiction, ready to sell off his soul for the sake of drugs. Surilie Gautam was another actor that impressed us with her performance. She plays Jeeta’s lover in the film and she did her part amazingly!

A movie with a strong message needs strong dialogues! Apart from the storyline, dialogues are another way for a movie to deliver its message, however, just like its storyline, Posti did not do it as per our expectations. Prince Kanwaljit’s dialogues have been written well and as far as comedy is concerned, the dialogues are top notch.

However, Posti was not merely a comedy. It would have been amazing if the dialogues that aimed at spreading awareness and delivering an important message could have been more impactful and memorable. We did not get to hear such heavy and strong dialogues in the film.

Rana Ranbir helms Posti with his direction and writing. As Posti Movie Review mentioned earlier, the story did not hold well. Rana Ranbir is a class artist and we expected better from him. The thought behind the story is very noble, trying to present how the future of even the most brilliant students can be destroyed by drug addiction, unemployment and other problems, but it could have been presented in a better way.

The direction of the film was better than the storyline. Some of the scenes have been presented really well. A scene where Prince Kanwaljit explains to two village kids the true horrors of drug addiction, how a drug addict feels and how it slowly eats the person from inside, will force you to shed a tear. There were many scenes in the film, making Rana Ranbir’s performance as a director, a really good one.

Editing of the film has been done well. It is a film based in a normal village of Punjab and nowhere does the screen seem to leave the ground with expensive colours or over the top graphics. It looks pleasing to the eye. However, the length of the film is a major issue. The film takes too much time to reach its conclusion, and even then, it does not.

There is way too much Music in the film! The opening scene has a song, and 10 minutes later we are again in a song. There are tracks that are really good, but there is a track every 20 minutes in the movie. There were a couple of tracks which could have been skipped or even played as a post-credit song, due to which, their presence in the movie feels alien.

Babbal Rai’s track ‘Gabhru’ was a standout one. The song talks about though the youth of Punjab is heading to the wrong path and spoiling their future as well as their motherland. The rest of the tracks were enjoyable, but way too many. Jazzy B and Zareen Khan’s song was also a good party song!

Posti Movie Review concludes with giving Posti 2.5 stars, with deductions mainly due to the storyline and the length of the film. Though there have been many films on the subject, the problem is still real and it is appreciable that the team aimed at raising awareness among the youth. However, we say it again, it could have been better. Prince Kanwaljit’s story was key to the film, and he was given a completely unexpected and inconclusive end. It surely is a good one-time watch and Prince Kanwaljit will make you call him a fine fine fine actor. 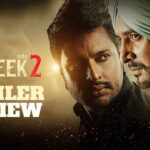 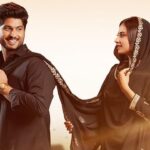