The next project that the audience should be excited for is undoubtedly Rana Ranbir’s ‘Posti’. Written and directed by Rana Ranbir, Posti stars himself, Prince Kanwaljit, Zareen Khan, Surilie Gautam, Babbal Rai, Vadda Grewal and many others supporting actors. The official trailer for the movie has finally dropped on Youtube.

Just as we expected from Rana Ranbir, he is not bringing us a light comedy. Posti is raising the serious issue of drug addiction, supported by brilliant performances from the actors. Prince Kanwaljit and Rana Ranbir play as drug addicts, who have spoiled their social, personal and emotional lives due to drugs.

Watch the movie to know where this drug addiction takes the two characters and how the lives of all the characters are affected by this addiction. The trailer has revealed that the movie isn’t a plain script. It has various elements, and the story has its ups and downs.

It is really going to be interesting how the story of these drug addicts conclude and what message is the team actually trying to deliver with this one. There have previously been movies made on the topic, but the trailer tells us that Posti is trying to convey something different.

The mind of Rana Ranbir, music of Jazzy B, Gippy Grewal, Babbal Rai, Prabh Gill, Afsana Khan and the one and only Rahat Fateh Ali Khan! The team behind ‘Posti’ is all the reasons you need to go to the theatres to watch the film on 17 June, 2022. 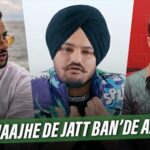 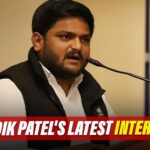