Fans who love Bollywood and other entertainment industries are always interested in knowing more about the personal lives of their favorite celebrities. While various actors come up front with their relationship status and announce it publicly, others tend to keep things under wraps. And interestingly, people are more interested in secrets and hidden things.

Hence, a report recently made rounds on social media which claimed Baahubali fame Prabhas and Bollywood actress Kriti Sanon are dating each other. The news was flooding both social media platforms and entertainment news portals. But is this news even authentic? Let’s find out in this report.

Starting with the viral claims, reports suggested the actors who are co-starring in the upcoming movie Adipurush have found love in each other.

A source close to Bollywood Life reveals, “Kriti Sanon and Prabhas have bonded extremely well since day one on the sets. Everyone was surprised that how shy guy Prabhas is openly talking to Kriti and is so indulged in the conversation with her. There is something special about friendship that has been started but it is too early to jump the gun as it seems like they both are going very slow until they confirm anything to the world.”

The source also added, “Despite wrapping up the film months ago their bond is still intact. They never fail to make a call or message to each other and this only proves that they have this mutual admiration for each other but calling it a relationship will be too quick. Well, it is common for co-stars to be linked up while they are shooting their films or even promoting them together, but Kriti and Prabhas are different. They indeed have a strong feeling for each other and only want it to get processed naturally and not rush.”

But now, a new report has marked its place in the viral topic of discussion. ETimes has released an exclusive report which clears all the rumours of Kriti and Prabhas dating.

As per the new report, a close source stated, “Dono ke beech kuch bhi nahi chal raha. The fact that they haven’t said anything about this so far is because they know that the Internet is known to be full of stories which are untrue. And yes, the Kriti-Prabhas pyaar one is definitely one such.”

“Kriti and Prabhas must be chuckling away. The reports hinting that they are having an affair are nonsense”, the source concluded.

It is being said, the dating rumor between Prabhas and Kriti is nothing but just a publicity stunt to promote their upcoming movie Adipurush. Till now, neither Kriti, nor Prabhas has reacted to the viral news, hence we don’t have any statement from the officials. But we have included all that sources have to say about this new pairing. 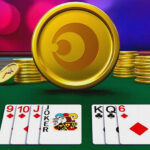 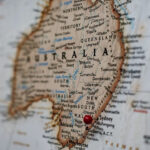