Prabhjot Singh Katri, who basically hailed from Bukkanwala Village in Moga, Punjab has been brutally murdered in Truro, Canada. If reports are to be believed, it is suspected to be an incident of hate crime.  Prabhjot was 23 years old and had moved to Canada in 2017 on a study visa. He was working as a taxi driver in Canada, and it was when he was coming back home from his job when he was killed by the anonymous at 2 AM (as reported).

According to the statements of his friends and relatives, nothing was robbed from him, which simply indicates that it was a planned murder and not a case of unexpected killing while robbing him. His friends are also expressing that they aren’t feeling safe.

The investigation about the case is still ongoing, but some more details about the case were released recently when the Police chief of Nova Scotia released an official statement in a press conference. The officer, Dave MacNeil stated,

“We executed several search warrants on the weekend and we did have a person of interest that was arrested shortly after. However, they have since been released from our custody without charges related to this homicide at this time.

Mr. Singh was a hard-working young man with a bright future and this is an absolutely senseless loss of life. Contrary to social media, we have no information on motive that we’re releasing at this point in time and we don’t believe there is any ongoing threat to the public”

Currently a fundraiser is doing rounds on social media, in which people from across the globe are donating to help his body reach his home in India. 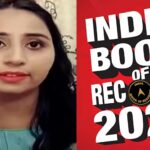 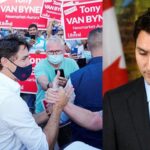