Leader of opposition and senior Congress leader Pratap Singh Bajwa has questioned the working of the Anti Gangster Task Force (AGTF) formed by the Aam Aadmi Party government in Punjab. In a press conference, Bajwa asked:

“What is the achievement of this Anti Gangster Task Force? Senior officials of Punjab police are in touch with the gangsters. I know these are serious allegations but I stand by what I said.” Along with Pratap Singh Bajwa, PPCC chief and Gidderbaha MLA Amarinder Singh Raja Warring and a few more senior Congress leaders were present in the press meet.

Pratap Singh Bajwa even lashed out at the AAP govt of Punjab. “Delhi CM and AAP convener Arvind Kejriwal reaches here even in such small functions to show that he’s supreme. Can’t CM Bhagwant Mann on his own even flagg off the buses?”

The Congress leaders even slammed the Central govt over questioning of former Congress president Rahul Gandhi in National Herald money laundering case, alleging that the govt is misusing the Enforcement Directorate (ED) to muzzle the voice of the opposition. On the same matter, Bajwa even tweeted:

“The way police entered the Congress headquarters in New Delhi and beat up our workers and misbehaved with leaders and journalists is shocking. It’s a black day in democracy and we won’t be cowed down by such tactics. Instead we will emerge stronger & fight it out.”

The Congressmen alleged that the Central govt is trying to convert the National Herald case into a money laundering case without any valid reasons. 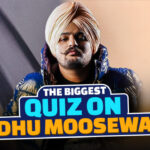 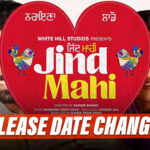