We had been awaiting a track from Prem Dhillon for a long time. Past few days have been a rollercoaster ride for Prem. The artist went through a lot of public backlash, was dragged in many controversies, had housefull shows, developed new relations with other artists and what not!

Amidst all that, he managed to finally announce his next single ‘G Loss’. The song is set to star Prem as the main vocalist and Snappy Beats as the music producer. Snappy has earlier produced Copyright and one of Prem’s biggest tracks, Shah Ji. Now the duo is set again to collaborate in G Loss.

ALSO READ | Wait! Sidhu Moosewala And Prem Dhillon Might Not Actually Be In A Controversy!

Rubbal GTR has handled the music video department of the song. The announcement post also had Opi Music tagged below, which makes the audience think if Opi has any role to play in producing the music for the song! Opi and Prem are an explosive duo who have always impressed with their songs whenever they’ve come together. It won’t be a surprise to see the artists getting back for a song again! However the poster mentions only Snappy beats as the producer, so Opi’s role is not confirmed as such.

After the recent controversy rumours of rift between Sidhu and Prem, the audience have been looking forward to this track by Prem Dhillon. 25 November would reveal what the artist has in his closet for us this time. 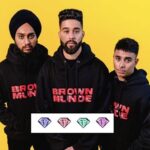 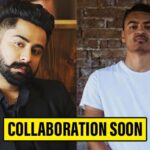