Prem Dhillon, one of the prolific Punjabi singers in the industry who has managed to gain a massive fan following with his stellar songs. And now it seems like no one can stop him from taking the music industry to extreme heights with his upcoming songs.

Now the Punjabi artist is back with another anticipated song ‘Shah Ji’. Singing sensation, Prem Dhillon shares this news on his Instagram story and drops a hint that his most awaited song ‘Shah Ji’ will be released soon. The Music of the song will be composed by Snappy.

Moreover, The duo has earlier collaborated for ‘Copyright’ which received a lot of love from the audience.

Though much information has not been revealed yet. But, surely, they will break the records like before and become super-duper hits like all his previous ones.

Talking about Prem Dhillon’s earlier tracks, Lost Love, Just a Dream, Prahune and his recent track Mere Wala Jatt has garnered much love from the masses. 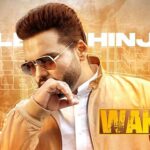 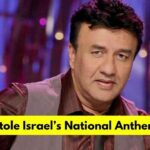